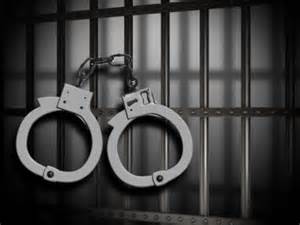 Nothing provides a sweeter taste than freedom after having been in jail, prison, or held  against your will.  While some of us may know people who have been held captive, ALL of us have ourselves been held captive.  In fact, many of us are still imprisoned at this very moment. Physical conditions for the incarcerated individual are restrictive, isolating, and downright deplorable.  As horrible as physical captivity is, it pales in comparison to mental, emotional, and spiritual captivity.

All of us have served time in the Destructive Mental State Penitentiary.  Like most pens, the DSMP has various pods, or sections, including: Guilt, Shame, Regret, Anger, Pity, Unforgiveness, Loneliness,  and Selfishness.  Within each pod of the Destructive Mental State Penitentiary are isolation cells.  The isolation cells are entered into when too much time is spent in any of the pods, and time spent in the cells always wound the prisoner, sometimes fatally.  The isolation cells include: Substance Abuse, Promiscuity & Sexual Deviance, Perfectionism, Legalism & Judgementalism, Physical Abuse, Arrogance & Pride, Uncontrolled Spending, and Laziness & Complacency.

As anyone who has been physically incarcerated can attest, there must be surety on their behalf in order for bail to be granted – for them to be free.  The imprisoned person is powerless to secure their own freedom.  The same is true of the person whose mind is in prison.  We are utterly powerless to be released from the prisons of our minds, emotions, and spirits which keep us chained, bound, and held captive.  There is hope, though, for we have the benefit of the best of all guarantors.  In our Heavenly Father, we have access to the One who can break every chain, grant peace that surpasses all understanding, and cause our enemies to be our footstools.  The Securer of our mental freedom, just like those who secure physical freedom, must be called upon for help.  Romans 10:13 tells us that whoever calls upon the name of the Lord shall be saved. 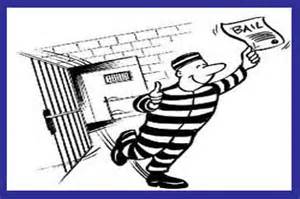 Unlike the one who can secure remedy our physical captivity, the one who secures our mental captivity loves and cares about us.  He knew us before we were formed in our mothers’ wombs, and He has plan to prosper us and give us a hope and future.  We simply need to call Him up, and begin to apply the principles found in the Bible in Philippians 4:4-8.

4 Rejoice in the Lord always. I will say it again: Rejoice! 5 Let your gentleness be evident to all. The Lord is near. 6 Do not be anxious about anything, but in every situation, by prayer and petition, with thanksgiving, present your requests to God. 7 And the peace of God, which transcends all understanding, will guard your hearts and your minds in Christ Jesus.8 Finally, brothers and sisters, whatever is true, whatever is noble, whatever is right, whatever is pure, whatever is lovely, whatever is admirable—if anything is excellent or praiseworthy—think about such things.