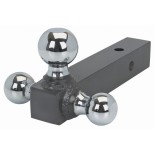 When driving, all of us have passed trailers being pulled by trucks or other vehicles.  The trailers are as varied in size and shape as are the loads contained within them.  No matter the trailer size or load, the common feature is that to move from one point to another, the trailer must be connected to a vehicle.  The device by which a trailer and vehicle are connected is called a tow hitch.  Anyone who has ever “pulled a load” can verify that the vehicle to which to load or trailer is attached is greatly impacted by that load or trailer.  One example is that the momentum of the vehicle is impacted by the attached trailer.  More time and distance are required for operations such at braking, switching lanes, and accelerating.  A vehicle can also be impacted if the trailer is empty or improperly loaded, causing it to be imbalanced.  The most conscientious person who hitches a trailer to their vehicle will ensure that the trailer is in good working order, that the proper wiring and independent brake lights are operational, and maybe most importantly, that the vehicle to which the hitch is attached has adequate towing capacity to pull the trailer. 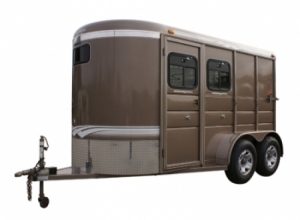 The some can be said about our interactions with others.  We are vehicles who often allow trailers to be connected to us by a hitch.  Most of the time, we are safe and smart about the trailers to which we allow ourselves to be hitched.  However, we occasionally become connected by hitch to some bad loads.  We have all passed trailers on the road which emit odors so foul and strong that we rush to pass.  We have passed vehicles on the road that travel so fast that you hope and pray they do not have to come to an abrupt stop or direction or lane change, because it will be all bad.  The same is true about some of our personal connections.  We allow people to attach their drama, problems, insecurities, bad attitudes, and negative behavior to us via hitch.  As we travel through life, we are weighed and swayed by the burdens of others, when we are barely able to carry our own burdens.  We may be attempting to travel in a certain direction, but that imbalanced load to which we are attached is threatening to pull us a different way, prevent us from changing lanes, or ensuring that we do not have a safe and proper stopping distance.  Even worse, sometimes the trailer can overtake the vehicle, and disaster is the only possible outcome.

Should we sever our connections and relationships with others?  May it never be!  The point is to not be a vehicle to which a load of foul-smelling debris is attached.  Be very careful of people who seem to be primarily negative in their attitude, thinking and behavior, are chronic complainers, or are otherwise toxic.  Some people are “unsafe loads” just waiting for a vehicle to whom they can be attached via hitch. If a person seems to be consistently slowing your momentum, zapping your energy, or trying to drag you in a direction that is opposite of your intended destination, then it may well be time for you to DITCH THE HITCH.  Your life is your road. Travel well.

2 thoughts on “Ditch the Hitch”