Several years ago, I burst into my daughter’s bedroom without knocking.  I’d asked her to clean her room.  Over an hour had gone by and I heard her talking on the phone, so I needed verification that the requested task had been completed.  Imagine my surprise when I saw my daughter lying in the middle of her bedroom floor with a phone in one hand, a television remote in the other hand, and her room still looking like a hurricane (maybe two) had blown through.  Immediately I began to fuss at my precious teenager and express myself in a way that I won’t repeat here.  Suffice it to say, my starting words were, “I know good and got damn WELL…” and my ending words were, “You have 2.2 seconds to get this room together.  Try me if you want to.”  The young lady to whom my daughter was talking on the telephone suggested that my daughter, “check your mom for coming in your room disrespecting your private space like that!”  Thankfully my daughter had not taken complete leave of her senses.  She told her friend she had to go and would talk to her later.

So I ask you: Do parents have a right to enter a child’s  bedroom without knocking?  Do children have a right to expect privacy in their parent’s home?  Does it matter if the child is an adult or not?

In my opinion, every person deserves respect.  Children should be able to comfortably and confidently use the bathroom or shower without fear of someone barging in.  They should be able to entertain company without being hovered over.  Children should be able to have notes, love letters, and other personal items in their rooms or drawers without worry of exposure…usually!  I believe that if there is something that causes alarm or concern to a parent then they have every right to check every inch of their home as they see fit.  In my opinion, children living in my home – even adult ones, are not peers.  While they are worthy of respect as people, they are obligated to respect the one(s) who pay the bills and provide the very shelter from which they benefit.

What say you dear reader? 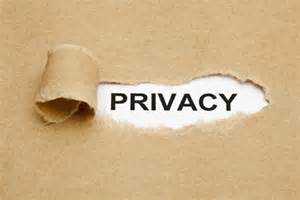